As part of the celebrations to mark 25 years of World Book Day®,  Michael Morpurgo read his £1 World Book Day book, Jemima the Pig and the 127 Acorns published by Harper Collins Children’s Books, to children on 3rd March. The event was live-streamed and attended virtually by over 40,000 children across the UK.

Michael Morpurgo visited Broadclyst for the afternoon on World Book Day and the children across the Trust had the exciting chance to hear him read two of his stories and answer questions about how he writes his books.

The children and teachers were dressed up in their World Book Day costumes for the reading (and Michael Morpurgo even 'borrowed' Mr Kimber's Cat in the Hat costume for the event!) which made the event even more atmospheric.

The book is the first of many Farms for City Children Tales written by Michael Morpurgo. 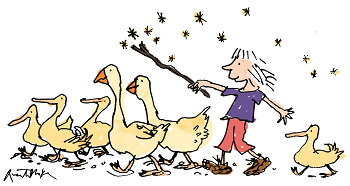 World Book Day changes lives through a love of books and shared reading. Its mission is to promote reading for pleasure, offering every child and young person the opportunity to have a book of their own.

Reading for pleasure is the single biggest indicator of a child’s future success – more than their family circumstances, their parents’ educational background or their income. World Book Day wants to see more children, particularly those from disadvantaged backgrounds, with a life-long habit of reading for pleasure and the improved life chances this brings them. Michael Morpurgo began writing stories in the early '70's in response to the children in his class at the primary school where he taught in Kent. One of the UK’s best-loved authors and storytellers, Michael was appointed Children’s Laureate in 2003, a post he helped to set up with Ted Hughes in 1999. He was awarded an OBE in 2007 and a Knighthood in the New Year’s Honours in 2018 for services to literature and charity. He has written over 150 books, including The Butterfly Lion, Kensuke’s Kingdom, Why the Whales Came, Private Peaceful and War Horse, which was adapted for a hugely successful stage production by the National Theatre and then, in 2011, for a film directed by Steven Spielberg. In 1976 Michael and his wife Clare, started the charity Farms for City Children which offers children and teachers from urban primary schools the chance to live and work on a working farm for a week, and gain hands-on experience of the countryside.

From Michael Morpurgo, co-founder of the charity Farms for City Children, this charming story for early readers evokes the wonder, muck and magic of a week on the farm. The first of many Farm Tales to come, it is a window onto the countryside, and the way its landscape and animals can leave an impression on a child’s heart forever. ‘You’re farmers for a week, so you’ll be busy. There’ll be no time to miss home. You’ll eat like kings and queens, sleep like logs, and you’ll hardly be out of your wellies, except in bed.’ When a young boy goes from the city to stay on the farm, he discovers a world he never knew existed – a world of vegetable gardens, ducks and geese, where the sheep graze in the fields, where apples and pears grow in the orchard. He also meets Jemima the pig: she smells and she slobbers, she breaks out of her pen to steal potatoes, and she’s the undisputed queen of the farm. Soon, he’s hiding acorns in his pockets to feed to her every time he sees her. But then, Jemima starts to feel ill. Could she have eaten too many acorns? Or does this queen of a pig have a secret…? 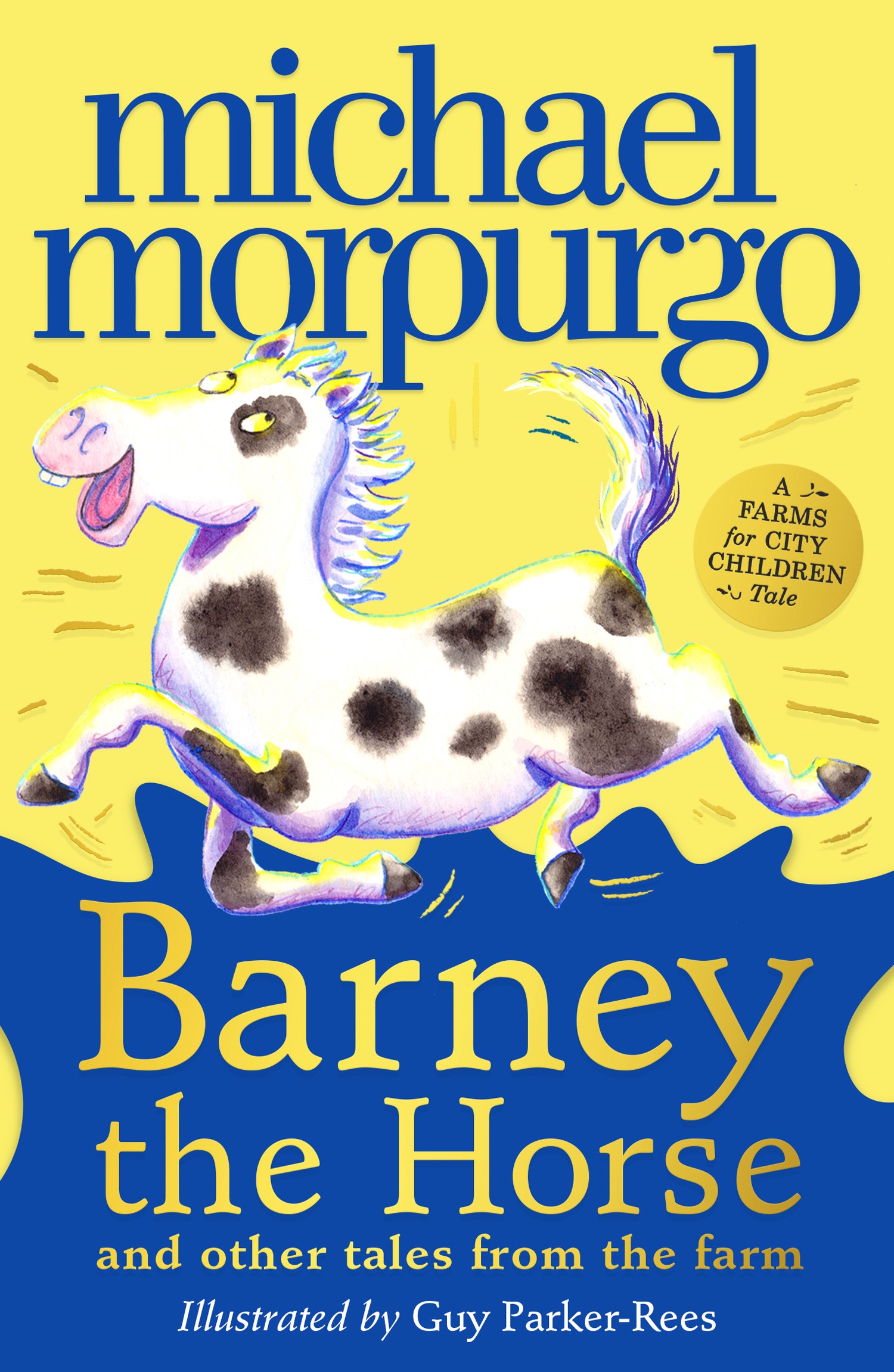 Barney The Horse - A Farms for City Children Tale

The second book in the series by Michael Morpurgo and illustrated by Guy Parker-Rees is 'Barney the Horse and other tales from the farm'. The book celebrates the way the countryside and its animals can leave an impression on a child’s heart forever. Join in the daring rescue of a lost lamb, meet a boy who loves butterflies whose friends find a clever way to include him from afar, and discover how Barney the horse forever changes the life of the child who looks after him. These tales are inspired by Michael’s experiences with Farms for City Children, the charity he cofounded, which offers urban children from all over the country the chance to live and work together on a real farm and experience the magic of the countryside.